Our Under 16 (2005) boys achieved a first Hurling Championship for the Club defeating Bohernabreena/St. Columba's (a combined team from St Anne's Gaa & Crumlin Gaa) in a thrilling final at Jerome Twomey Park yesterday afternoon.

Playing into the wind in the first half the boys trailed by 6 points at half time, 2-7 to 1-4. However, there was no panic as previous final quarter efforts had seen this team home in tight games against Castleknock and O'Dwyers.  Despite conceding the first score of the second half the boys kept their workrate up, in particular, in the middle third where possession was hugely contested. By the second water break the Gaels were a point down but they could sense that today was to be their day.  An outstanding final quarter propelled the Gaels to a 7 point victory, 5-12 to 2-14.

Our defence was outstanding in the second half with the majority of scores coming from long range frees from our opponents No.11, an excellent freetaker. This was their lowest scoring return of the season. The workrate in the middle third was outstanding, providing ball for the forwards to light up the scoreboard, rattling the net 4 times in the last 20 minutes.

In what was a very sporting contest, Bohernabreena/St' Columba's were very gracious in defeat. They had won all their games up to yesterday so the taste of defeat at the final hurdle was tough on them.  We know the feeling only too well.

The Under 16 panel has been supported throughout the season by Under 15's playing up.  Sixteen of the under 15 boys have played at various stages in the championship run and they were to the fore once again today.

Our squad suffered an agonising defeat in the football shield final last weekend, this makes up for some of the disappointment.  Thank you to our 16th man, the support from the sideline was fantastic, parents, club members, fellow coaches and in particular, the boys from our football panel. Go raibh maith agat! 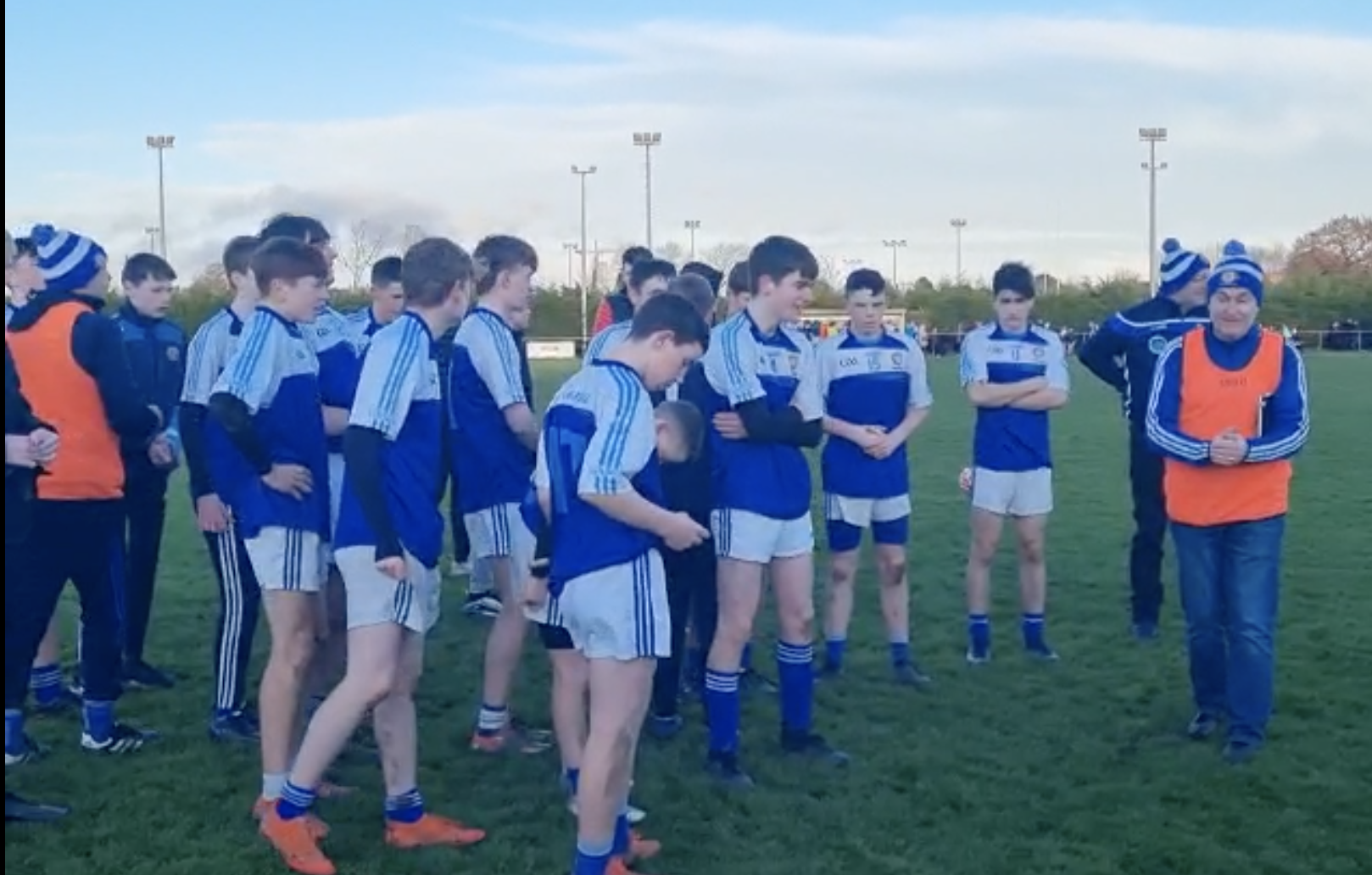 Hurling is considered a summer sport, best played on firm dry ground.  Conditions yesterday were excellent with the quality of the playing surface superb for the first week of December.  Well done to our facilities team.

U14Boys pull off no mean feat in the heat

U14 boys played their final hurling league match before t...

Camogie Féile 2022 - A Festival in Westmanstown

This Saturday 25th June, teams from clubs across 8 counti...

The U14 boys travelled to Marino on this lovely summer's ...

Tickets for the All Ireland Quarter Finals went on sale t...